Now You See Me

A Slight of Hand, A Twist of Fate

Tonight Shawn and I saw “Now You See Me“- a movie about 4 magicians who preform awe-inspiring tricks that end up getting attention of the FBI.  (on a movie review note–you should go see it.) As a courtesy I will not spoil any of the movie but it got me thinking.  About God & Magic. About the analogies and similarities and the people I know who love magic yet have the strongest faith in God. And when I get to thinking… I have started coming to my blog…

Some things to think about:
My brother, who is an amazing pastor, worked as a magician and still does the little tricks for his kids.
I have another friend who was is into magic yet is a strong believer in Christ.
…However…
Several fundamentalist shun magic stating it is affiliated with the devil.
Many people think of God as the Head Magician… “conning” people into believe some great giant trick. 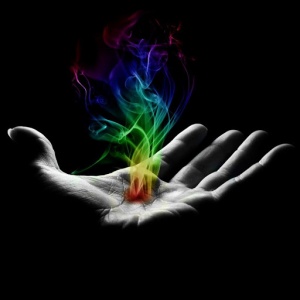 So let’s look at some positives of magic & God/faith.
Magic is meant to entertain, deceive and to inspire curiosity.  According to the movie it gives people a little bit of hope beyond what they can see. (again, go see the movie…) In working with religion and God.  God is the source of faith, He is what is beyond what you can see.  And maybe not to entertain for financial gain, I would arguably says God is definitely here to inspire.  And (in a more blunt way) He is deceiving as the few things that we can see of Him are only a spark of what is to come–much like magic.
Another movie about magic, The Prestige, refers to 3 elements of an illusion–the pledge, the turn & the prestige.  It’s the presentation of something ordinary, the change of the ordinary object into something extraordinary and the final presentation of the extraordinary proof.  (See QuoteFromTheMovie)  God can do these three things… God creates the ordinary, makes it extraordinary and then spends His time presenting the prestige to the world…. this can apply to every human including the Son of Man, Jesus Christ.

Just remember though–magic has bad elements and can lead to a belief in hocus pocus spells or an imaginative reality that leads to emptiness or lack of stability.  Or even worse–bad spirituality (aka demons, “black…”)  Remember that God is alive, in control, created reality and has come down to be with those He loves the most-humanity-through Christ.  And remember that magic, though sometimes simply an illusion, can inspire that little bit of hope for a happier world through Him who Is.

This entry was posted in Theological ThinkTank and tagged Christ, Love magic, Now You See Me.