I apologize for the delays in posting…small town America doesn’t always have Internet…And unlike California where people complain about driving an hour anywhere-Indiana requires a little traveling to see more than one major city. While Indianapolis is at the center, it is 3 hours from Evansville and I think 2-3 hours from the second largest city of Fort Wayne. So here are some interesting stops along our driving adventures:

So just to give you an idea of what MOST of the state looks like….this is it. Corns fields upon corn fields. Right now it looks like a bunch of crops gone to the wind since its harvest season but it’s still beautiful.

So Shawn and I decided to go driving through some of Indiana I didn’t know. Beautiful countryside really…

We also drove through Bloomington and saw IU. My brothers mother in law went here and last time j saw the campus was when I was in high school. So it was neat to be fully aware of where it was this time around since I was driving. 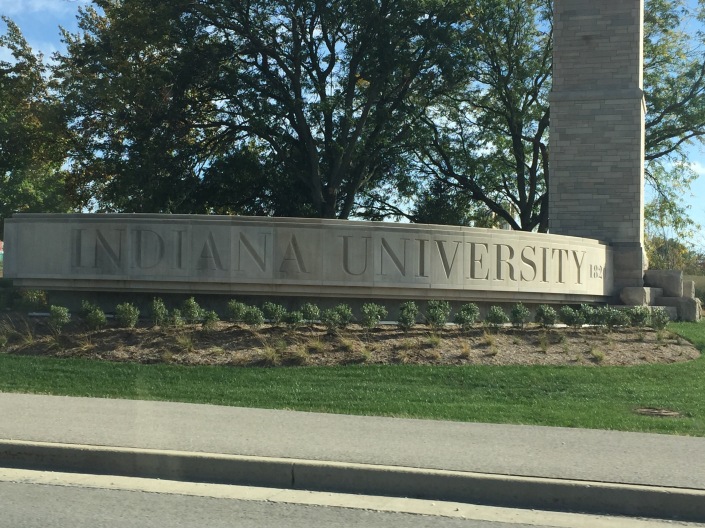 We also drove to Columbus in search of a ice cream shop recommendation. Good news, took us through brown county during the leaves changing. Again, gorgeous.

The ice cream parlor was called Zaharakos. Amazing place like Farrell’s, but has actually been around since 1900.  It has a actual soda fountain, several collector soda fountains and you can order food and massive amounts of ice cream. Delish!

Driving through the state was an experience. It’s nice to have memories attached with things and still see them here. It was beautiful.