So the first part of our trip to Indiana consisted visiting my Undergrad Alma Mater, Evansville. I have always thought Evansville to be a unique town-a somewhat culturally diversified community in the middle of conservative Midwest America.

The first stop (besides getting the keys for our “house”) was the annual Evansville Nut club “fall festival.” If you ask me what the Nut Club does I have no clue (philanthropic group like the Lions Club or Elks Club I think) but the fall festival was always a hit every year.

Just to give you an idea of what you can find-

“Pigs in the Mud” or peanut butter bacon sandwich. Once again proving bacon makes everything better.

this is cajun beefy mac n’ cheese. it definitely had some spice to it but was amazing!

Deep fried Klondike bar. The group was inspired by a San Diego County Fair but it tasted better because the dough is handmade instead of the whole thing being processed and pushed through an assembly line.

Corn fritters needed jalapeños or something. Too plain but still a nice treat. And we did not use the syrup.

These above were called “piggie toes” and consisted of little sausages wrapped in bacon and brown sugar. It was buy 2 get one free! Bad idea–cause they were addicting. (Another win for bacon!)

If you can see the menu-this is called a Tiger  Pie. It is Beef stew, mashed potatoes and cheese in a cup. Need I say more? 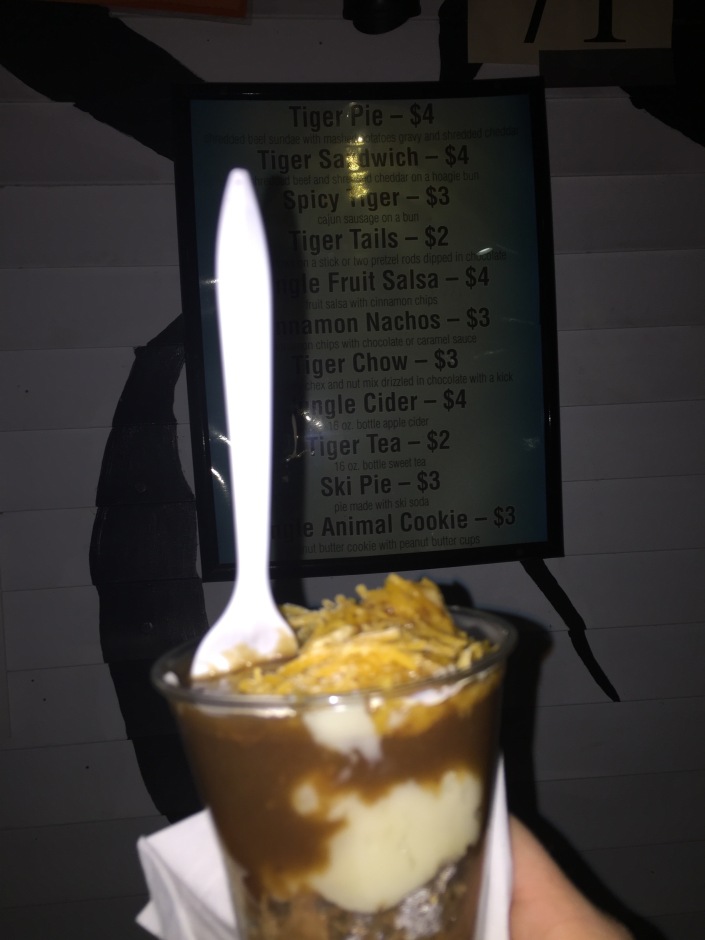 These two dishes contain southern Indiana favorites. About the dishes was called Gripostachos because of its use of Grippos BBQ chips. Nom nom nom!  Below is an actual brain sandwich. Now-I did not prefer it (yes I tried a bite) but it wasn’t bad. Definitely an experience if you’re ever in the area. 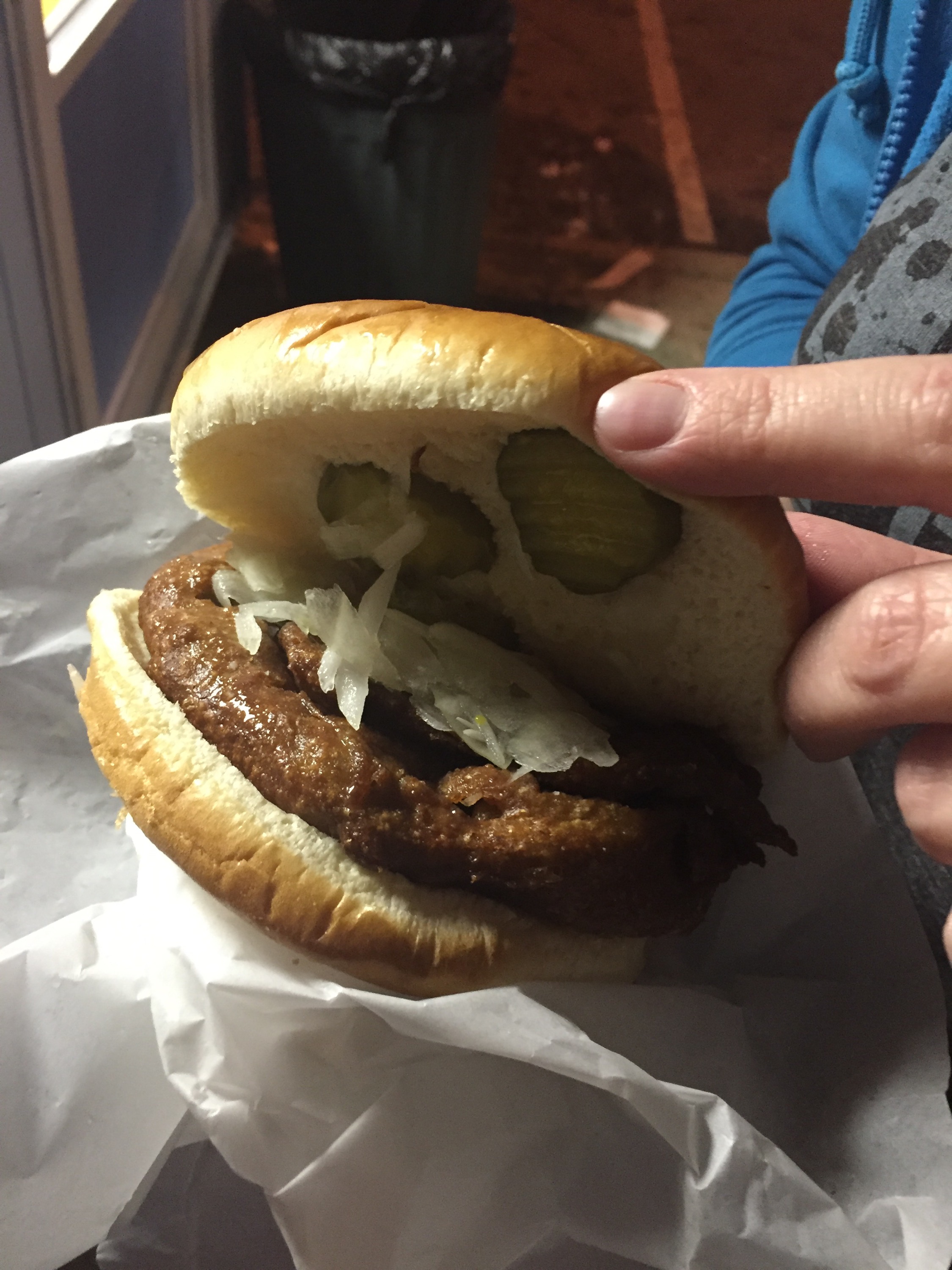