So now that the dust has settled, I would like to take a few moments to discuss the reasons why I’m. In addition, I like to add a discussion about the moving process in general as we all know that it can be quite a complicated endeavor and sometimes the decisions to move are not as simple as they may seem. Of course you’re are welcome to make comments below but please keep in mind that whether you have never moved or move several times in one year that your comments are impressionable on other trying to make the same decision. Words can and do hurt.

That being said, I would like to look at reasons why people move. Guess what? – there is no universal list of reasons. Whether life is throwing you rocks or showering you with praise, a decision to move could come at any time. And while I would love to give you something like “make a priority list” or a general guideline- I can’t even give you that because there are too many variables that go into a move. You could go voluntarily, be forced, have to change cities, states, countries for family, friends, jobs, spiritual reasons. You name it.

And what do you do if your friends are moving? Be supportive in any way you can. I’m not saying everyone has to move the tv unit by themselves, but I will tell you from personal experience having to explain your move will probably be the most difficult and highest emotional conversation you will have to have with your friends so complaining to them doesn’t help.

So to answer the questions, here are some of the reason we decided to move:  Shawn’s family lives in Alta Loma. We actually lives 5 minutes down the hill but far enough away to matter. Also, no offense to those living in the Anaheim area, but the schools are getting worse by the year (being my mom was a sub.) And though violence CAN and DOES happen anywhere–there have been 15 break-ins in the last 3 months, several new shootings and more gang violence ( I’m not just talking about the news media publications) in addition to a possible brothel/massage parlor going up just around the corner.  Compared to the Alta Loma schools that have some of the highest ranked schools in the state along with a street that is so quiet I could barely hear the party going on across the street the other night because they kept it inside. I also needed a change of scenary being we were living in the house I grew up in and lived in all my life–30 years total–in addition to wanting something to call our own.  (let me tell you-there is something special about getting the keys to your first house or apartment.) Finally–the general public of Orange County (more so the areas with higher gross income and larger houses) tends to have an attitude of entitlement towards everyone. If you’ve worked in customers service, you know what I mean.  I’m not saying everyone is like this–in fact I would argue I would not be friends who are–but it is a fact.  Since moving to the Inland Empire (riverside and san bernardino county), more people are appreciative and courteous about getting help.  I would point to my own works surveys but there are also too many variable for that discussion.

So, here we are…in Alta Loma. In a lovely home that we can truly call ours.  And while I know our friends in Orange County may be dishearten that we have moved away … don’t fret. We’re on the way to Vegas, so you can just pick us up before you hit the Pass and we can all enjoy the slots together 🙂 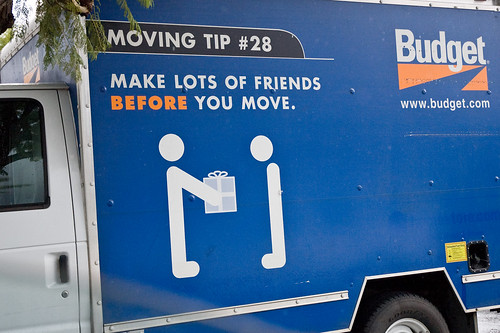