Technology is your Friend?

So as events are happening around our house and we are beginning to see how much techno gadgets we have in the house.  So I thought (hmm..) maybe I could dispense some knowledge I have about technology for those who think they don’t know anything.

1) PHONE — i have been through a G2, a samsung galaxy S3 and now have an iPhone.  As my advice always goes with any piece of technology buy according to what you NEED, not what fancy thing you want.  Yes, I agree some things have gadgets that are extremely helpful and maybe that is something to consider when BUYING but if you’re trying to save money look for what you need.  I have an iPhone because Shawn and I want to be able to see each other’s schedules and I wanted to sync all my other electronics, which are Apple. If you just need just a phone that makes calls and text, I would get the cheap phone.  We did that with our home line so that we could easily delete the 10+calls a day from telemarketers. The phone cost me $50, no contract.

2) COMPUTER (laptops/desktops/tablets)– again, my simple advice buy what you need pretty much applies. However, computers work a little different.  You want something that also lasts a longer time than 3 weeks.  You also don’t want to spend a ton of money.  I typically advise getting an Apple if you need simple functions, a Windows computer if you play several computer games and honestly, if you can build you’re own to fit what you need (Shawn has built too…) I know there are people who disagree with this, have loyalties to either Apple or Windows, but I’m trying to help, not encourage a battle. I want people to get the best deal.  The reason I go with Apple because my 5yr old desktop and my 4 year old laptop from Apple have lasted the test of time.  My gateway laptop lasted MAYBE 3 years before getting old and slow–grant it it still runs but i would have to buy another laptop anyways by this point, possibly 2, which is more in cost than my apple the firs time.

3) GAMING SYSTEMS: now, this is a little more complicated.  Pricing is about the same, so in my mind its not really something to consider. It’s what do you play and how often.  We have a PS3 and a Wii along with a home built computer with other games. I bought the Wii because i play the games on it and enjoy them more. I was willing to spend $50/game when something new came out. However, we got the PS3 because I really wanted the blue ray and the games at the time were much better quality. Now, I lived with someone who enjoyed online gaming more, so they owed an Xbox. These are all important things to consider. Since systems are $400-$600 dollars and games $50/game its always important to consider all avenues. HINT: computers are always an option instead of systems…figure out how much you play and what is worth it.

4) GADGETS — we have a ton of these. Kitchen gadgets for making hot dogs, a kitchen Aid blender, coffee pots, tea makers, you name it. I even have a bread machine with the goal to make more bread than buy. Let’s just say choose your gadgets carefully.  I would love to say we don’t use something, but we do use them all fairly. We have made bread (multiple times), made tea & coffee, SEVERAL waffles in different flavors. OF course, we asked for things on our wedding registry…and by craziness we got them…so we appreciate things.  My advice–watch your gadget intake 🙂 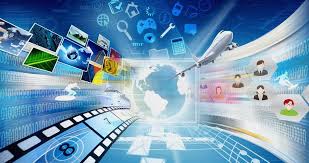