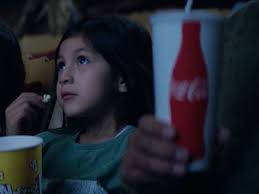 **PLEASE REFRAIN FROM INAPPROPRIATE OR JUDGMENTAL COMMENTS** This is not meant to be a bashing page for either side of this argument, only a safe place for good discussion.

I am going to get into a really touchy subject.  Diversity & Patriotism.  Especially since its a hot topic and I just want to through some thoughts out there.

Anyways–if anyone was staying around to watch the Super Bowl, it is possible you came across the Coke commercial that has sparked millions of talk.  Coke played the song “America the beautiful” but had it sung in multiple languages, including Asian, Middle Eastern, European and others. I just wanted to point out some things after watching that.

1) THIS IS NOT THE NATIONAL ANTHEM (that’s my first argument–people are calling it the national anthem and using that as their whole basis for their argument.  If you’re going to argue something about patriotism, then at least get your facts straight.

2) I do agree that some patriotic songs should be sung in the country’s preferred language. Probably more so the national anthem over anything else, but songs like “America the Beautiful” and “God Bless America” were originally written in English. I think it should be a preference just like an Opera written in Germany should be originally sung in German.

3) However, that being said, the nature of America and a song referencing how beautiful and how diverse this country is SHOULD be allowed to be translated. Songs are translated in different languages every day.  And a song that reflects the different aspect of America would not be offensive in my mind if it incorporated different translations of the song.  Look at Small World–almost the same idea. I know, people are going to say “its not patriotic”-but wouldn’t you want ALL people who consider themselves to be American to be able to understand and enjoy the song too? Maybe learning it in both languages would do justice to this position, but let’s be honest–not everyone can do that.

4) I didn’t even notice the homosexual couples.  Everyone was people. The people of America.

5) WHAT IS THE POINT OF IT ALL? To sell more Coke. To get people to remember to buy Coke. I think I have a bigger problem that a company is exploiting patriotism to get them to buy their product. Probably done with good intentions, but we all know what the road to hell looks like.

Again-I had to get that out. I’m nervous because i have friends on both sides–people who will never buy Coke again and others who will now choose it over PEPSI. I might add, Coke did stop their advertisement to help those in the Philippines–i didn’t hear about anyone else helping others..such is our commercially driven life.