So, being that i’m the home-making foodie… i decided after reading a friend’s blog (click here) that it may be time to try my shot at making some other items in the house. I know several people who make their own lip balm.  So decided I was going to start with making my own deodorant.

First I got out all the ingredients. Typical baker fashion.  I mixed the powder together and realized that the coconut oil was really hard.  So knowing from some advice it doesn’t take much to get it melt a little…so I just let it sit and mixed the essential oil in.  [btw you can use your own combo of this… but I LOVE lime & mixed in eucalyptus lemon and it smells SOOO good i almost want to eat it (i wouldn’t though…)

So finally as the coconut oil was starting to “melt” i scrapped it & mixed it into the mix of the mason jar.  Realized next time mixing in bowl first & then moving to mason jar.  It’s crazy working through the opening.

But–i got it made & put it in the fridge to get it a little colder… so it hardens.  But I already used some 😉

here are the photos. 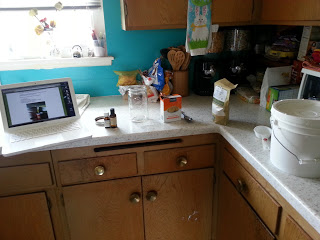 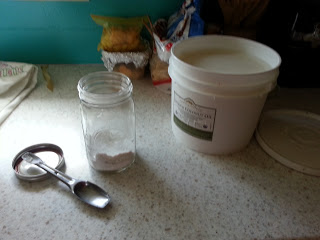 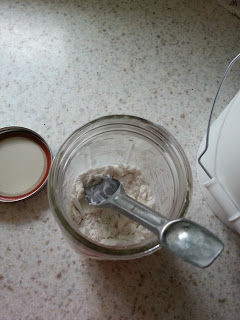 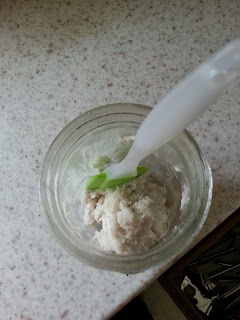 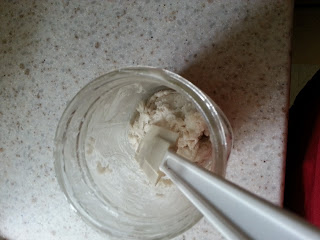 so one item made—& the trail will soon begin I have to find a way to keep it cool since the oil is a LOT funky.